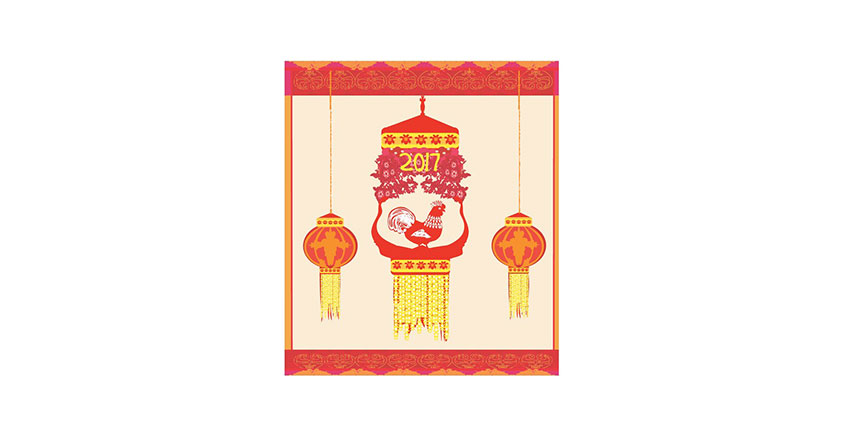 On Chinese New Year, what better time to explore the history of this deeply important cultural event, and its relationship to acupuncture?

What is Chinese New Year?
Chinese New Year, also known as the “Spring Festival” or “Lunar New Year” celebrates the turn of the traditional lunar calendar used in ancient China. Today the festival is celebrated around the world but is traditionally found in China, Korea, Taiwan, Singapore, the Philippines, Brunei, Indonesia, Malaysia, Vietnam, Mongolia, and Japan.

When is Chinese New Year?
Since the traditional Chinese calendar is based on the movement of the sun and moon, the specific dates change every year. In 2015 the New Year began on February 19th, in 2016 it began on February 8th, and this year (2017) it will fall on the 28th of January.

According to tradition, people born in the year of the rooster tend to be observant, confident, talented, frank, honest, and hardworking.

Acupuncture also Rooted in Ancient Traditions
Like the Lunar New Year, acupuncture has its root in ancient traditions. Acupuncture is one of the oldest Chinese medical practices. Its exact origin is lost to time, but it has been practiced for at least 2000 years, (and likely considerably longer than that). The earliest recorded evidence of acupuncture comes from around 100 BC.

In the traditional Chinese tradition, needles are inserted along specific points on the body in order to alleviate a range of symptoms and ailments.  The ancient practice used needles to balance qi (pronounced chee, a life force energy) which travelled through “meridians” in the body.

Modern Acupuncture
Modern acupuncture is not restricted to China – it spread rapidly throughout the world beginning in the 19th century (and is now available in Ancaster at Meadowlands Physiotherapy). Today, modern practitioners take a more scientific approach to acupuncture. Rather than ‘balancing qi’ the object of modern acupuncture is to alleviate a range of symptoms by increasing blood flow to specific points on the body and releasing muscle hypertension.

Acupuncture needles are sterile and used only once. Although acupuncture is virtually painless the process also releases plain blocking signals which spread to the targeted area. Micro abrasions caused by the needle also trigger natural healing processes in the body.